PUBLICATION BOARD ASSAM is a literary institution established by the Government of Assam on 2nd of May, 1958. It was formed under the aegis of Bimala Prasad Chaliha, Moinul Haque Choudhury, Debeswar Sarmah, and Suresh Chandra Rajkhowa, the then Chief Minister, Minister for Agriculture, Minister for Education and DPI respectively. A resolution moved by Moinul Haque Choudhury on behalf of Debeswar Sarmah, the Minister for Education regarding the formation of the literary institution in the State Assembly was adopted unanimously. The first Board was constituted on 30th of October, 1958 and Biswanarayan Shastri,the distinguished Sanskrit scholar and prominent writer, was appointed as the Special ficer to the Government of Assam and the Secretary, Publication Board, Assam.

The Publication Board, Assam is devoted to the promotion of books in the state as well as popularization of literature and enrichment of Assamese languageand its culture. The Board strives to attain cultural advancement of the state through literary development.To achieve this goal, the Board takes up various initiatives such as publication of books ranging from children’s literature to dictionaries, publishing of literary and children’s magazines, holding of workshops and symposiums, organization of book fairs and literary festivals and so on and so forth.

The Management of the Board is vested with a Governing Body composed of the Hon'ble Minister for Education, Assam, as the Chairman and a Vice-Chairman, a Secretary and other members being nominated to it. The body of the Board consists of prominent writers and educationists of the state as member.

The Board has a big library with thousands of valuable books of various genres in its permanent building at Bamunimaidan, Guwahati. The library is open to all including researchers, children and general public. All book lovers can utilize the literary resources available in it.

The Publication Board, Assam has so far published more than 1000 titles of which around 550 titles are in circulation at present.

In the category of rare books published by the Board, the first publication that received national as well as international recognition was Hastividyarnava (1976).This perpetual classic was released by the then President of India, Fakharuddin Ali Ahmed at Rashtrapati Bhawan, New Delhi on 8th of January, 1976.This book was awarded in the category of the Best Printing Book in the all India Competition organized by the govt of India in 1976.After a decade, the Board published another important classic Gita-Gobinda in the Assam School of Painting. This book was released on 18th of November, 1986 by the then President of India, Giani Zail Singh at Rabindra Bhawan in Guwahati.Other important books in this category include Prachya Sasanavali (1974), Kamrupa Sasanavali (1981) and Dharma Pustak (2012).

The Publication Board, Assam had taken initiative to publish the compilation of the 19th Century famous Assamese periodicals years back. The Board has been successful in publishing Arunodoy, Abahaon and Banhi in big volumes which have gained great reverence from the reading fraternity.

The Board has been taking initiative to promote children's literature since long. Since establishment, the Board has encouraged the publication of children's books.This include popular mythological and historical stories, novels, books on popular science, biographies etc. The Stories of Panchatantra, Aesop, Ramayana and Mahabharata, etc and biographies of Galileo, Gandhiji, Abraham Lincoln, Lachit Borphukan, Maniram Dewan, etc, are some popular and best-selling children's books published by the Board.

The Adhunik Asomiya Abhidhan (Modern Assamese Dictionary) published by the Board has been regarded as one of the most trusted dictionaries by the students,teachers and others for its comprehensive nature, compact size and reasonable price.It has been a bestseller in this category since its publication.The board has also published Bodo and Dimasa dictioneries with an eye to promote the language and dialects of linguistic communities. The Board is going to publish an Anglo-Assamese Dictionary too with an eye to serve the purpose of students and writers very soon.

The Board has taken the lead to bring out translated versions of world's bestliterature for the Assamese readers. Till date, a good number of books have been translated into Assamese.Among those, Mur Satya Anwesanor Kahini (Translation of Mahatma Gandhi's My Experiments with Truth),Ramayana, Kotha-Mahabharata, Jataka (in 5 volumes),Raghubansha, Robin Hood, Dr Zivago, Botahe Kapuwa Sikha, Sagar Siloni,Lilawati, Harsha Charita etc are worth mentioning.

In addition to publication and promotion of books, the Board also launched one literary magazine Prakash in April, 1975 with an aim to endorse literary activities in the state. It was first published as a quarterly publication and then from November,1977, it was made a monthly magazine. The Board also published a children's magazine, Mukuta.Today, both the magazines are being published on monthly basis creating literary awareness among children as well as providing a platform to new and established writers of the region.

The Publication Board started the book fair movement in Assam organizing a national level Book Fair in Guwahati in 1984. It was organized in collaboration with National Book Trust of India. It was a huge success. Then, the Board organized the First Guwahati Book Fair in 1987 without any collaboration with any institution. Since then the Board has been organizing the Guwahati Book Fair regularly as an annual event. Many top publishers and booksellers of the country and the state have been participating in the fair every year. Writers of repute from the state as well as the country have been invited to grace the inaugural and closing functions of the fair since its inception.

In the year 2014, the Board has also organized the Guwahati Literary Festival along with the Guwahati Book Fair. The Guwahati Literary Festival drew love and attention from the literary community and book lovers. A host of reputed writers from the country and abroad participated in the festival. Again, under the aegis of National Book Trust, the Board has joined hands in the organization of the Brahmaputra Literary Festival held at Kalakshetra in 2017. The Brahmaputra Literary Festival have seen participation of more than 12 reputed authors from overseas countries and many from different parts of the country. It opened up opportunities for writers, readers and publishers to share with each other and to do business deals as well regarding publishing and translation rights. A number ofsymposiums held simultaneously on different genres of literature in the festival to enlighten the reading public.

To inspire the young writers of the state to write books with field study and research, the Board started one new Scheme of Fellowship and called for proposals from young writers on various topics. A total of 100 proposals were selected. Out of those, about 15 projects have been completed as the Board provided financial assistance to those writers and published those books. The remaining projects are also expected to be completed soon.

The Publication Board, Assam has initiated a Programme titled "SAHAYATRA" in the year 2016 to inspire authors of various linguistic communities of the state and create brotherhood and integrity among them. It endeavours to provide a sharing platform of consistently high standards through innovative and resourceful programmes like literary meets, poet's meet, etc suitable for the current and emerging needs of the prospective writers of the communities.

To give recognition to outstanding literary works, the Board instituted an annual literary award in 1974 called 'Publication Board Award.' However, the award was not offered for a long time. This award has now been revived as 'The Publication Board Literary Life Time Achievement Award'. The award with the new name resumed from the year 2012. The recipients of 'The Publication Board Literary Life Time Achievement Award' for the last three years are reputed poet and art-critic Nilamani Phukan (2014), noted litterateur Dr Nabin Chandra Sarma (2015) and noted Science-writer Dr Dinesh Chandra Goswami (2016).

The publication Board, Assam has carved a niche in the field of book publishing and production with its unique and significant theme, content, layout, cover design and overall quality of the books. That is why the Board has achieved a number of recognitions in the national level:

Symposium & Seminars
The Board has been organizing various symposiums and workshops in the book fairs since 1987. Of late, it has planned to organize a series of workshops and seminars to benefit the prospective writers and publishers of the state. The following are a few proposed programme in this category:

The Board has been planning to open an online store to sale its books online to meet the emerging needs of the contemporary readers.

The Board is also pondering on publication and sale of digital books online. Under this initiative, initially about 100 popular and best-selling books in both English and Assamese will be digitized.

Bamunimaidam,Guwahati-781021
Email: publicationboard1958@gmail.com
PUBLICATION BOARD ASSAM's books are available at all leading bookstalls in Assam.
Specially, Banalata in Panbazar, Guwahati-1 and Sangkakati Book Stall in Jorhat are leading
distributors of PBA's books.

List of some of Publications of Asom Prakashan Parisad 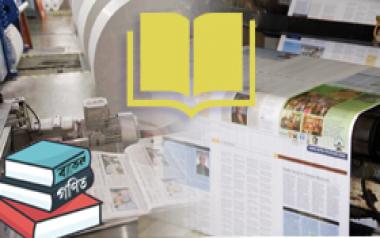